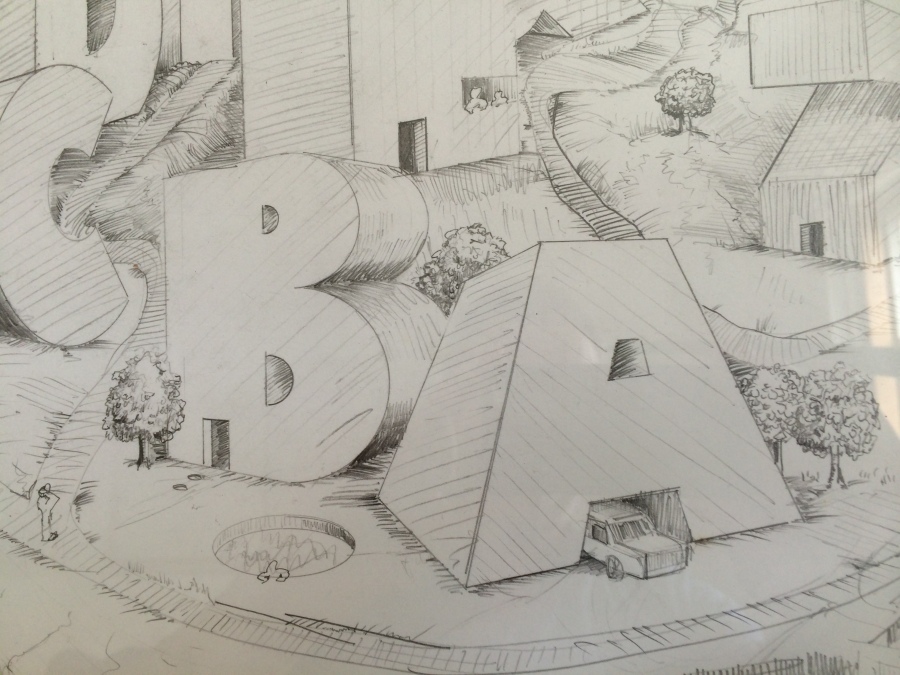 I occasionally write about Fine Art here, but very rarely my own output.  i don’t draw as much as i used to, it is more of a hobby than an obsession these days.  Also, when you sometimes have to write about a towering genius like Johannes Vermeer,  or any of the great Dutch, Flemish or Italian masters, it doesn’t seem right to put your own modest scribbles on on the same piece of cyberspace.  Having said all that, this hurricane swirling around outside today has brought about an outbreak of frivolity and made me think perhaps some readers, looking for diversion,  may be amused to see this little drawing.

It was done as a birthday present for my sister a few years ago (around 2007 I think)   It was and is intended as suggestion designed at solving that interminable, age-old problem we all have, when driving along residential streets, or around housing estates, looking for a specific address, when-  let’s face it- you can never properly read the house numbers on front doors. 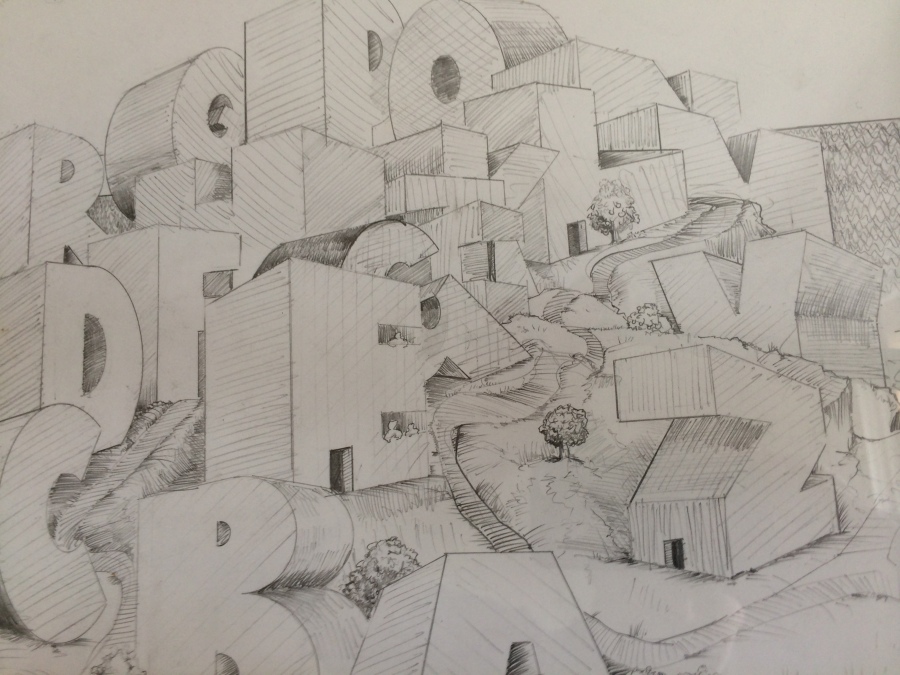 My suggestion, aimed of course at planners, architects, builders and developers, is that the entire house should be in the shape of a 1,2,3 or else A,B,C, D…. and so on.  For ease of navigation, you understand.   Because if the house number was the same size as the house itself,  then there would be far less difficulty in identifying the correct address.  At last, this vexed, seemingly intractable issue could finally be laid to rest.

The benefits, for saved time, reduced stress, and increased productivity speak for themselves. 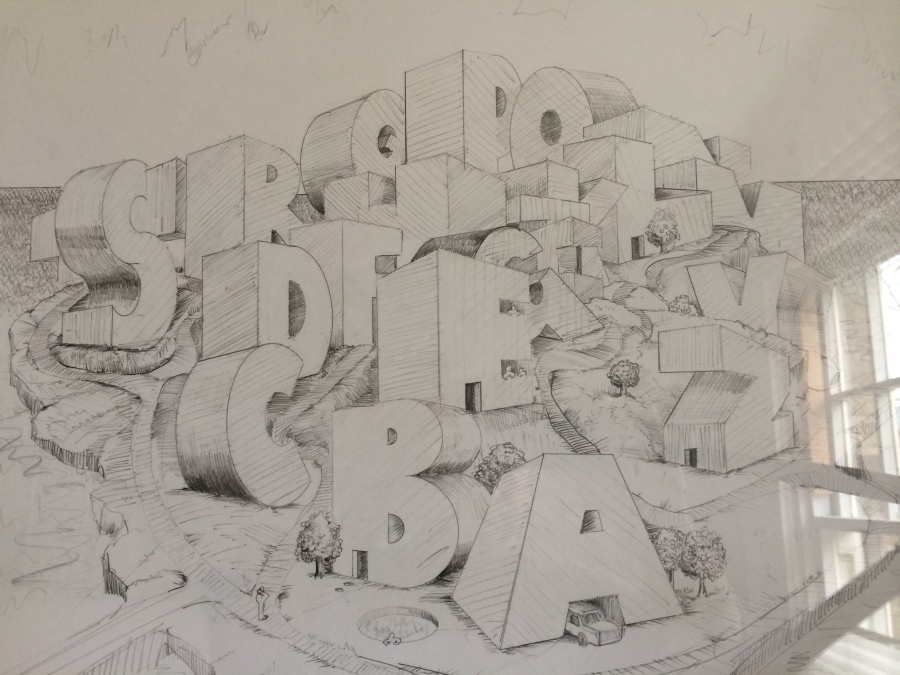 In short,  I think this is a suggestion that should be taken up serious and discussed at the very highest levels of Government.  As for myself, I would not seek or expect any fee, or even wild popular acclaim.  The quiet satisfaction of  helping my fellow citizens would be satisfaction enough. 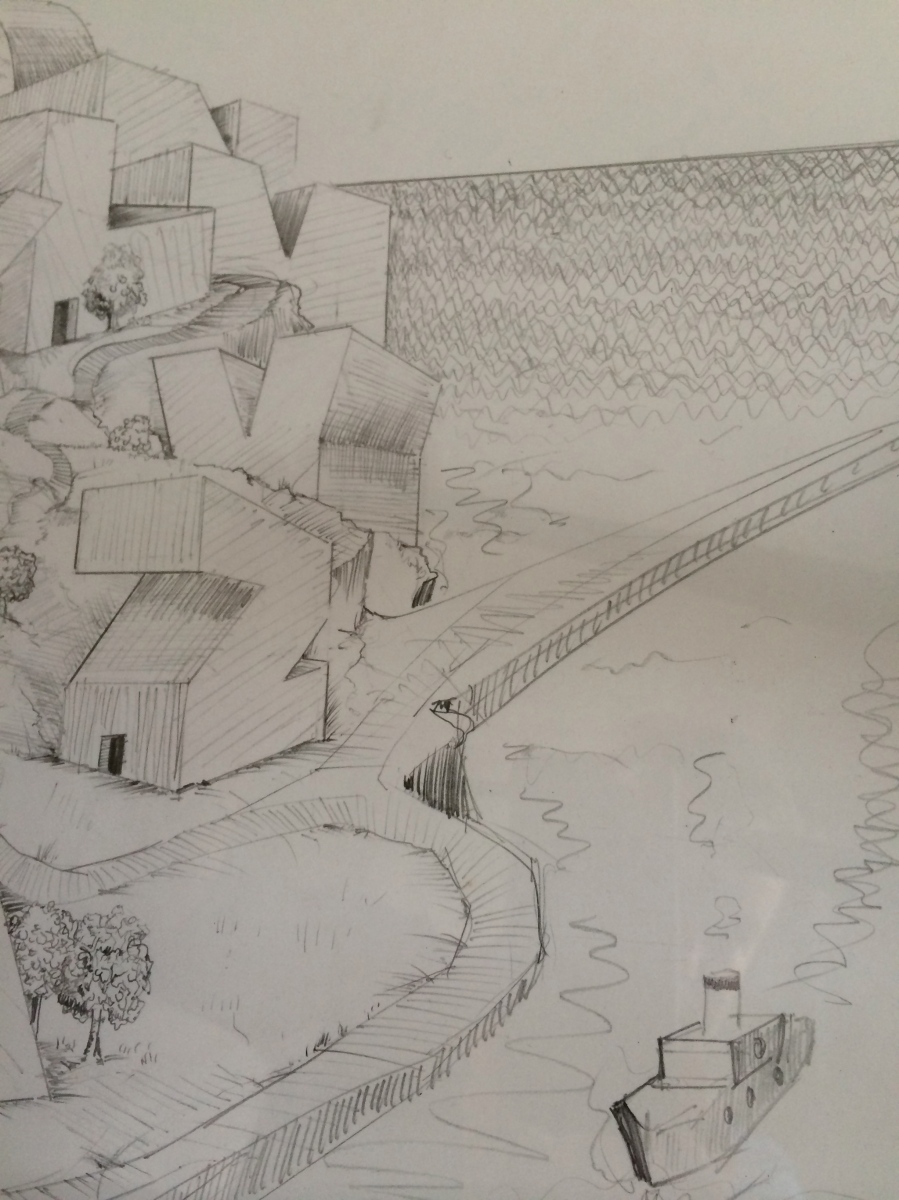 all images details from the drawing “For Ease of Navigation” by Arran Henderson.  Reproduced by kind permission of Emmeline Henderson.  All rights reserved.