Reviewed over the next few weeks, books, for you or the History lover in your life. #1 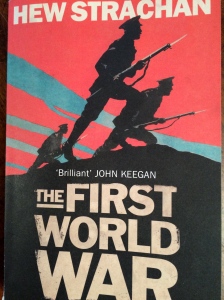 It will not have escaped your notice in these centenary years of 1914-18, that WWI books are everywhere. Many are readable and interesting, some are excellent. Even in that later category, here is a book that stands high.

The author is Chichele Professor in the History of War at Oxford University, at All Souls College (the one college with no undergraduates, but rather populated solely by elite academics, engaged in pure research)

The Chichele chair is itself worth a mention: set up in 1908 by the British Government, when conscious of relative industrial/Imperial decline- relative most pressingly of course to an increasingly muscular and ambitious Germany. They established the chair in order to understand better the history, theory, and lessons of war, drawn from study from previous conflicts. It is thus effectively a think tank, which advises governments on how, if wars cannot be avoided, then how to successfully prosecute them. (Industrial production, supply, materiele, strategy and tactics, maneuvers, technology, staffing, training, intelligence, communications and so on)

The current occupant of this august position, since 2001, is Hew Strachan, (pronounced “strawn”) a Scottish historian who specializes in the First World War, and by common consent in the academic community, one of the people in the world who knows most about it. (In this centenary era he was no doubt chosen for that reason)

Strachan is no “little Britisher”. The span here is global, with all theatres covered. The Western and Eastern fronts are treated in near even measure. He is as excellent on dysfunctional Russia and hysterical Austria-Hungary as on harrowing Ypress, Verdun and the Somme. Likewise Gallipoli is covered and the Italian fronts, in the river valleys of Piave and the freezing Alpine mountains.

The giant naval contest is fully treated, both the build up arms race and the eventual main and decisive battle,  Jutland , as well as the policies and operations designed by each opponent to starve one another into submission. The Germans with their U-boats sinking Allied shipping  (food, material and men) and the Allies via their crushing naval blockade, sealing off the Baltic to starve the German people, ultimately with greater effect. 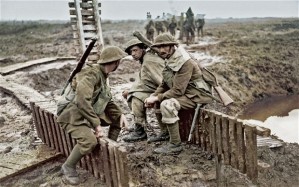 Back on land, and further afield, the brilliant if cruel maverick German guerilla bush campaigns in East and West Africa are dealt with, as are events in Asia and the campaign in Mesopotamia, including Arabia.   A onetime boyhood hero of mine, is in a single sentence introduced as a “luminary” then instantly and crisply dispatched as “the self-publicist TE Lawrence”. 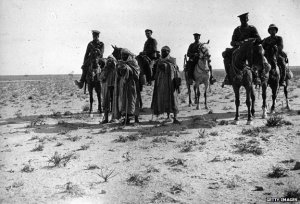 Beneath the immaculately calm, objective, academic professionalism one occasionally detect unspoken compassion, here for Senegalese soldiers fighting in France, there starving civilians, or for soldiers, labourers and porters pressed into service in Africa, who were given little choice and whose mortality rate statistically was worse than even anything on the European fronts. 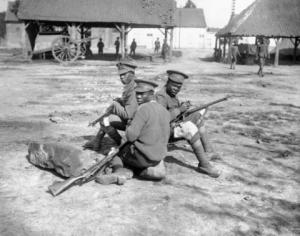 Thoroughout the book you’ll find a breathe of understanding, on diverse, highly complex causes and issues. This in turn leads to the sort of crisp, unfussy delivery, of sometimes formerly opaque information, which only comes from people in total command of their subject.

When I saw Strachan at this year’s History Festival of Dublin, in conversation with Trinity College History professor John Horne, excess civilian death rates (and the difficulties of judging and compiling them) formed one main vein of that conversation. Does one for example, include the great influenza epidemic that directly followed the war and was undoubtedly, spread and amplified by the huge numbers of troops on the move? 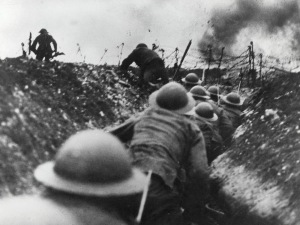 In mass war, shortages, shifting priorities and neglect means the most venerable people always suffer most, sometimes even die first. There’s something especially chilling when Strachan points out the rising war time death rates in the civilian population, in orphanages say, or asylums. 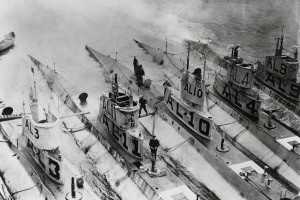 Some of you will have seen the wonderful 10-part documentary series on WWI that screened on BBC4 earlier this year. If you haven’t, take steps to find it (it is on DVD set and in some local libraries) The series is based directly and entirely on Strachan’s work.   Conversely, if you have seen tye documentaries,  you’ll need no further convincing on this book; except to note the obvious, reading it will both greatly enhance your understanding of the most momentous event in 20th century history, and will utterly grip you with its scope, narrative and erudition.

Essentially, if you only read one book about WWI over the next year or so, you should probably make it this one. 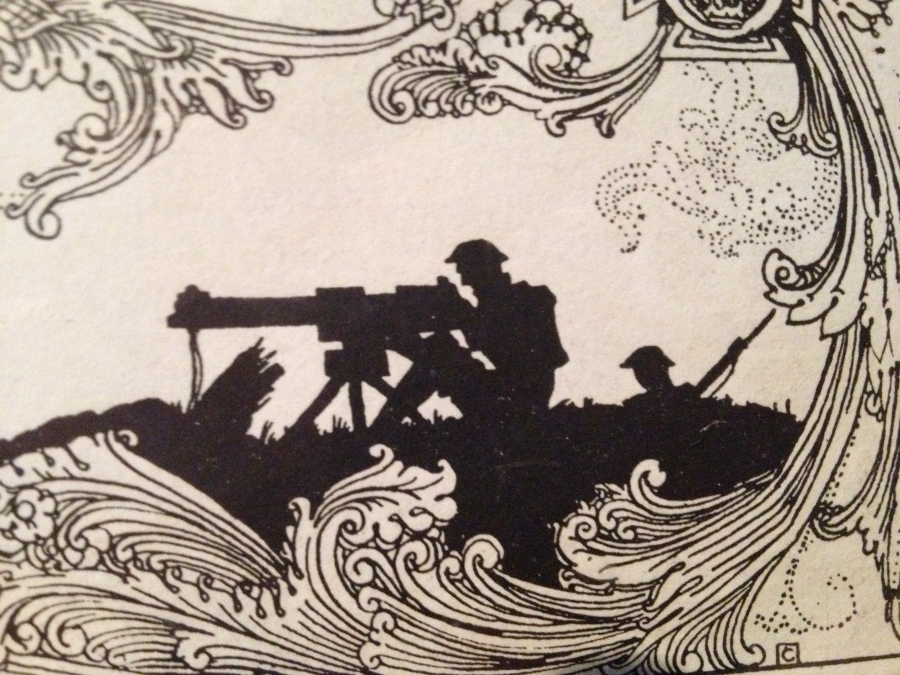 The role of honour, with illustrations by Harry Clark.  This copy photographed at the North Transept of St Patrick’s cathedral, Dublin, by this author. Other picture credits Wikipedia Commons, BBC websites, Google search, etc.

PS: I had the pleasure of getting my book signed by the great man, directly after that Dublin Festival of History talk.   But I never know what to say to eminent people.  So I uttered some banality, about not knowing his name was voiced as “strawn”.   Some clever people like to crush inanity, but Strachan was remarkably kind.  First he asked me what my name was. (being about to inscribe the book) I told him, but then added .. “but spelt a funny way, like that Scottish island, you, know, only seen it from the ferry myself, the island off Stranraer, it’s spelt that way”

“Well, Yes, like “Arran”” – he boomed happily, in a good Scots accent. Seeming to mean, yes of course like the island.  What other, or better, way?

All my life people have been mangling and misspelling my name. Now I felt strangely vindicated.  A kind man then, as well as rather a brilliant one.

Although as a man at university once used to remind me, no man is an island.